This post is going to be a doozy! We have a lot to share so hang on! The end of year is quickly approaching which means lots of school functions, trophies, and performances. It is a very busy time but so much fun!! This first picture is Jackson with his new obsession...skateboarding! He looks so grown up here!!

Swamped! Jackson had his spring performance. This year's play was swamped. It was about a bull frog named Bully who didn't want to share the swamp. All the Kindergartners had speaking parts and it was really impressive! I was able to volunteer and helped make all their little swamp creature hats :). Jackson was a mosquito!

Ready for his big line...

"I am a mosquito and let me be clear. My only sound is a BZZZZZZ in your ear!" Nailed it!!

Jackson actually had 2 lines. His second line was with another little girl. "So sing out loud and sing out clear. Everyone's song is welcome here!"

So proud of my mosquito!

The best part was that his cousins were there to cheer him on! They gave him some yummy candy!

Beckett spends a lot of time at the ball field and it so nice that he has a friend. This is his friend Ryan. Beckett calls him buddy :)

As soon as we get to the field Beckett runs to find his buddy :)

Now that the rain has stopped, he have finally had some soccer games!

Jackson is quite the soccer stud. The kids are now all about keeping score, even though the league doesn't. The score was 12 to 12 and all of Jackson's teammates started cheering his name. He got the ball and dribbled it down for the winning goal! Afterwards, he asked me, "Mommy, why was everyone cheering for me?" I told him his teammates must have thought he could make the winning goal. He was very proud of himself.

This boy loves his puppy! The dogs definitely do not look like puppies anymore! They are getting huge!!! Still as sweet as can be though!! We have not had any chewing disasters, they are potty trained, and they sleep through the night. Yay!

The start of Noni and Granddaddy's house! The boys are in heavan!! They call this pile of dirt the mud club.

End of the year means Field Day! This is Jackson warming up!

Relay races! I loved field day growing up! I have to brag a little bit more about my little stud. One of the races entailed having to throw a bean bag across the gym into a hoola hoop. Jackson was the only one who made it one shot!

Check out that vertical!

Beckett's spring sing! Beckett had his little 2's performance. I normally don't get to do anything for Beckett's class because he only goes to school when I work, but for his spring performance, I blocked my schedule so I could attend. He was so happy when he saw me!

I really didn't know what to expect for him and worried he wasn't going to participate after he saw me. He did great! Did all the little moves and was so well behaved :)

So happy I was able to see this sweet boy shine!

The weather has warmed so we have been spending a lot of time in the pool!!!

Happy Mother's Day to me! What sweet surprises! I was served breakfast in bed and delivered flowers and presents.  Jackson wrote a book about all about me.  He said he loves me because I cuddle and read with him at night. SO SWEET!!! He also made me a beautiful rose. Beckett made me a sweet handprint flowers. Best presents ever!! 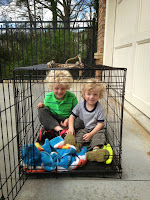 These 2 kids crack me up all the time! 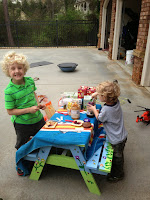 We were working out one afternoon and the boys got hungry. They decided to make a picnic dinner. 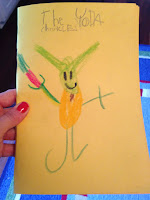 So proud of my little reader and writer! He wrote this book all by himself! 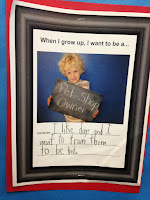 This was hanging up at his school. He REALLY loves his dogs! 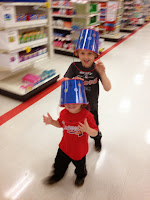 Just another afternoon trip to Target with these two crazies! 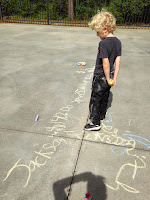 More writing! Jackson's confidence in reading and writing has soared! Now, everywhere we go, he tries to read signs etc. So proud of him! 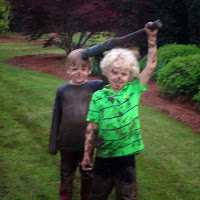 The mud club. Nothing else needs to be said. 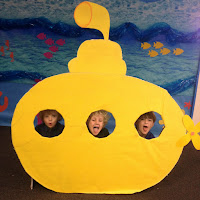 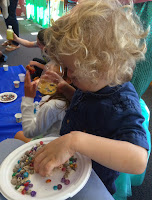 I always bring Beckett with me when I can to Jackson's school events and he loves it! He can't wait to go to Walker. They are always so sweet about letting him participate. At the book fair, they made their own oceans. 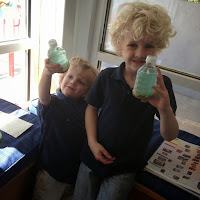 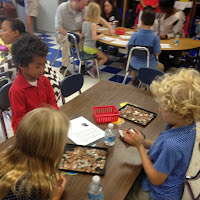 Muffins and Math! This was a cute morning. We ate muffins and kids rotated to different tables to play math games. Their math skills are really impressive! During this game, you were given a number and used pennies, nickles, dimes, and quarters to make that number. 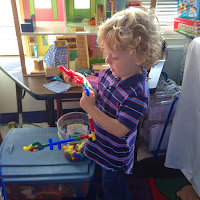 They brought out some toys to entertain Beckett :) 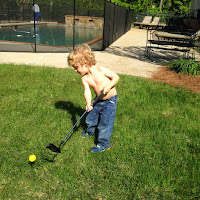 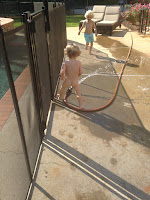 This is typical for my house. 1 of them usually ends up naked.. 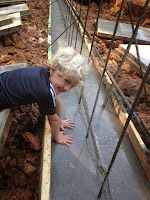 The concrete man for Noni and Grandaddy's house let the boys make handprints. Now they will forever be a part of their house! 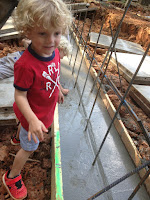 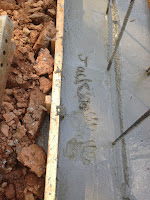 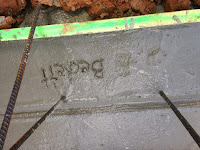 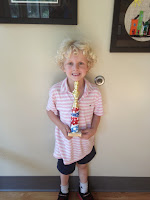 Super proud of my little chess player! Jackson decided late in the year that he wanted to start playing chess, so he plays every Friday after school. Here he is with his trophy for getting 2nd place in the speed chess tournament.

You really can't tell that great in this picture but this was Beckett after a tball game. He was covered in dirt! Had a blast!!


We have finished up another season of tball! It is amazing how much better Jackson is. He plays first base and is throwing and catching like a champ. He is also hitting great and had his first homerun this season. We thought we were done with baseball until fall ball but recently found out that Jackson was picked to play on the all stars team. He starts practice the next week. He was so excited and can't wait for his all stars uniform :) 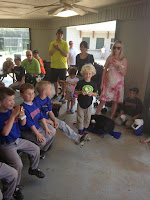 This sweet boy had his last day of 2s. Hard to believe! Next year he will going 4 days a week in the 3s class. He has learned a lot this year. He knows the colors purple, green, orange, and blue. He knows the letter B...I wonder why? He knows all the numbers to 20 but gets messed up once he hits 12. He has made some sweet friends this year and his favorite girl is still Cami :). Her mom has emailed me to try to set up some playdates this summer so they can still hang out. So cute!

Wow! Are you as exhausted from reading this as I am from typing? I am super excited to spend some time with my sisters who are coming in tomorrow. Rachel turned 30 and got engaged, so we have much to celebrate. The we are off to Kiawah for Memorial day. Can't wait!!
Posted by Elizabeth at 6:24 PM No comments: